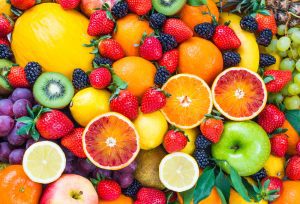 There aren’t many fruits that start with the letter X. But, to help you out, we’ve put together the most comprehensive list available.

You’ll also get a full description of each one, including what they taste like, where they originate, and other tidbits to help you show off your knowledge next time you’re with friends.

As mentioned already, the list of fruits that start with the letter X is quite brief. After extensive research, we were only able to find five to be exact.

The Xylocarpus fruit is native to tropical areas of East Africa, Asia, Papua New Guinea, and the Pacific Islands. You can find this fruit growing on Xylocarpus granatum trees, a species of Mangrove, around the shoreline of these tropical habitats.

On average, the Xylocarpus fruit ranges from around the size of pomelo to a grapefruit. It is used ethnobotanically for various purposes, including treating cholera as well as other diseases.

This fruit has a rather sour taste and is often added to steamed fish to help give the dish a sour flavor and can also be eaten directly from the ripened fruit.

Another fruit native to tropical regions of the world, the Ximenia caffra fruit, also known as the Sourplum fruit, is a small red fruit with a sour taste. The fruit comes from the Sourplum tree found in tropical areas throughout southeast Africa.

The fruit is mostly sour with a dry and sometimes bitter aftertaste and contains high amounts of potassium. It is used both in regional cuisines and for medicinal uses for the treatment of colic, malaria, and other ailments.

The Xinomavro Grape is commonly used for winemaking. The grape is common in the Macedonian region of Greece and is notable for being one of Greece’s most important wine exports.

Many people describe the wine as having an earthy flavor with hints of tomato, olive, and spice. Aside from their use in winemaking, many people like to eat the ripened grapes on their own.

These are the sour fruits from the Opuntia matudae, a species of prickly pear cactus native to Central Mexico. The fruits are naturally sour and are approximately 1.9 to 2.7 inches (5 to 7 centimeters) in length.

The outside of the fruit has a pale green to beige skin color with an inner fruit and dark red seeds in the middle similar in color to a beet.

Making it on the list as one of the uglier fruits, the Xilacayota Squash has a spotted light green outer casing that makes the fruit look like a miniature spotted watermelon. In cultures where squash is common, it is used primarily in the making of soup.

Many people may not realize it, but squash is classified as a fruit and not a vegetable since it has a hard outer layer and inner seeds.
Fruits That Start With X In Languages Other Than English

This popular fruit is known around the world for its long and thin shape and yellow outer peel. While people in English-speaking countries know this fruit to be a banana, in China, it is called a Xiangiao.

The fruit is commonly grown in tropical regions of the world, especially throughout Central and South America and in China and India. It has a sweet taste and soft texture.

Not many people know that watermelon originated from Africa then expanded to China, known as Xigua fruit. The fruit has a green outside with a fleshy inside that ranges from pinkish red to yellow.

Nowadays, most of the watermelon in the world comes from China. The fruit is commonly eaten during summers in the United States and other countries and is enjoyed worldwide as a sweet treat.

The Vietnamese word Xoài describes a sweet tropical fruit that comes in green and orange and has a soft inside and then covering. In English, the word means Mango.

Mangos are commonly grown in tropical regions and originate in Southeast Asia between Myanmar and India.

What food starts with X?

Aside from just fruits, many other foods start with the letter X. Some of these include:

What beverages start with X?