Do you enjoy shrimp? If so, you’re part of the majority of humans. They are known as a tasty treat worldwide, but you have probably never consumed a shrimp shell if you primarily eat western cuisine. 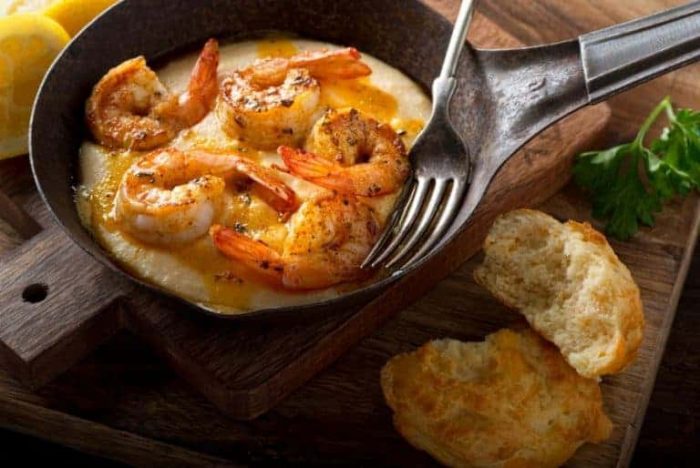 You can quite safely eat shrimp shells, but should you? That is a more interesting question to explore.

The Nutrition of Shrimp Shells

Here’s something that very few people know. Shrimp shells are reasonably good for you. Ok, that might be an overstatement. More carefully worded, shrimp shells have no real health negatives and some health benefits. They’re a pretty simple biomaterial. As such, there isn’t much bad stuff in the shells.

Shrimp shells can trap some minerals, adding a little bit of health value to the food. They contain a protein similar to keratin. That means eating them is not bad for you (unless you’re allergic), and they do offer some nutritional value.

The Flavor of Shrimp Shells

Uncooked and unseasoned, the shells have virtually no flavor. That’s one of the reasons they are discarded in many cuisines. The shells are great at trapping spices, seasonings, and other sources of flavor when cooked, which makes them delicious to suck on. When properly cooked, shells can be delicious.

When you add shells to a broth, they will deepen the flavor. Overall, shrimp shells have a lot to offer a dish. The challenge is overcoming the typically undesirable texture.

Now that we know shrimp shells are safe to eat and can be tasty, we can explore some of their most beloved cooking methods.

First up is the soft-shell bake or broil, a common technique for cooking soft-shelled crab where the shell stays on throughout the entire coming process. The whole crab is eaten as-is, shell and all. Plenty of cooks and chefs have applied the technique to shrimp to get similar results. It’s a fairly popular style in New Orleans and cajun country, but it is also a niche food. Many people still dislike the texture.

A completely different approach to cooking shrimp shells is to put them in a broth or stock, which is probably the most common cooking method in the world when it comes to shrimp shells. The shells ultimately dissolve into the stock. So, you get extra flavor from the shells, but there is no concern about texture.

It is not uncommon in the eastern half of the world to fry shrimp without removing the shells. When done correctly, the application of heat will embrittle the shells. That makes them easier to eat, and they will disintegrate when you bite into the shrimp. It creates a unique texture and a rich flavor profile, solving the texture problem while creating a new way to enjoy shrimp.

Shellfish allergies are some of the most dangerous and serious allergies that can afflict a person. If you have any known allergies to shellfish, you should avoid shrimp entirely, including shrimp shells and broths or stocks made with them. Even a small amount is enough to trigger a potentially life-threatening reaction.

Another major health concern related to shrimp is gout. Shrimp can increase the acid buildup that aggravates gout and causes severe discomfort. Although shrimp shells contain less of this buildup than the entire prawn, they can trap some of the purines in the shrimp that lead to this condition.

Can You Eat Shrimp Tails?

Shrimp tails are made largely of the same stuff as the shell and can be treated the same way. That means that they are safe to eat, but you might not like the texture. You can search for a dish that manages the shell texture if you want to enjoy it as a delicacy.

What Are Shrimp Shells Made Of?

Shrimp shells are mostly protein and chitin. Chitin can be weird to think about eating, but it is a neutral bio-product that is safe to eat. Chitin is what is responsible for the unpleasant texture of a shrimp shell.

Meanwhile, the protein is fully digestible. Your body can make perfect use of it, and it is one reason why shrimp shells are nutritious.

Can You Eat Shrimp Legs?

But like the tail and shell, shrimp legs are edible. They are noticeably different from the other parts of the shrimp in an important way. When cooked, the legs can turn crispy. Many people enjoy the texture and eat the legs right off of the shrimp. They still collect seasonings so that they can be quite tasty too. Most importantly, as long as you cook the shrimp, the legs are perfectly safe to consume (provided you have no allergies).

Can You Eat Shrimp Heads?

The answer to this question is somewhat controversial. The head is not any more harmful to consume than the rest of the shrimp. It is safe to eat, but some cultures shy away from eating heads (of any animal). That said, shrimp heads collect a ton of flavor when cooked. When cooking shrimp with the head attached, it is common to twist the head free and suck out the flavored juice inside. This technique is even more popular with crawfish.

What Is Shrimp Shell Powder?

As the name implies, this is a powder made from shrimp shells. The shells are cooked to add flavor, and then they are dehydrated into a powder. Shrimp shell powder is a seasoning used in various dishes, and many people love it.

Can You Eat Shrimp Veins?

Shrimp is considered a somewhat healthy food. It has some health benefits, like protein and minerals, and in general, it has a nutritional value on par with chicken. Like chicken, the real health impacts of eating shrimp will depend on the method of cooking.

The main issue with shrimp is that it is popular to cook it with lots of butter, animal fat, and oil. The styles of cooking shrimp can make it an unhealthy dish to consume in large amounts. That said, broiled or boiled shrimp without unhealthy ingredients is typically fine to consume and is a safe source of protein.

All of this assumes you do not have allergies or digestive intolerances to shrimp. If either of those is the case, you should consider shrimp unhealthy.

Does It Matter Where the Shrimp Is Caught or Farmed?