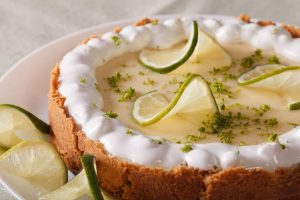 There are incredible foods worldwide offering the best dining experiences that start with the letter “K.” It can be difficult to name some of the great ingredients and recipes that begin with “K,” but this article is here to help. This article will describe what foods and ingredients start with the letter “K,” where to find them, and their most popular or famous uses.

Adventure awaits those who want to try new foods or travel to eat these fantastic fares.

One of the most iconic foods, kebabs are popular street food in many different countries consisting of skewered meat, vegetables, seafood, and other ingredients grilled over an open flame. Kebabs trace their origins to the middle east. However, many nations outside the middle east have restaurants specializing in kebabs, such as Japan, the United States, and several European and African countries.

With a simple grill, wooden skewers, and sliced portions of meat, vegetables, or other preferred ingredients, it is simple to create kebabs at home and are an excellent dish for parties.

Kale rose in popularity within the last decade as a natural superfood, and it’s not hard to see why. With fantastic nutritional benefits, and its use in salads, shakes, baking, or frying, kale continues to dominate the diets of health-conscious individuals worldwide. Stewed Kale is a standard part of a Danish New Year’s meal, and it is a simple dish to create at home. Kale’s origins lie in Greece and Asia Minor, but it is now one of the most well-known and consumed green vegetables globally. Most supermarket chains or farmer’s markets sell this incredible ingredient, making it one of the most accessible items in this article.

One of the more obscure items on this list, kangaroo meat is sold in Australia and imported worldwide. Kangaroo meat is succulent, with texture and flavor similar to beef but gamier. Australians eat this meat regularly as a form of kangaroo population control, where they would otherwise destroy the natural ecology.

Kangaroo meat is a higher protein substitute for beef and is used accordingly as hamburgers, steaks, stews, or fillings for meat pastries. The only way to buy kangaroo meat outside of Australia is to import it, which may be expensive for some people, but the experience is worth it.

The ketembilla is a cousin of gooseberry and is one of the many berry varieties in the world. It originates in India and Sri Lanka, used for juices, jams, and sweet desserts. Ketembillas aren’t usually eaten fresh, as their acidic flavor is overpowering for most who try to eat it. The ketembilla plant is popular among gardeners and horticulturists because it’s simple to cultivate larger fruit and no thorns. The fruit is not available outside of its area of origin. You can purchase tree saplings online if you are looking to enjoy this fruit from your garden.

The Key lime pie originated in the Florida Keys. Key lime pie is one of the best desserts from the sunshine state and undoubtedly the most famous. Key lime pies are simple to make at home using fresh limes, whipped cream, pie crust, and whatever garnishes the chef desires. Tourists visiting Florida will note the availability of the pie everywhere they go, as it’s available in supermarkets, specialty shops, and most restaurants have it as a dessert on the menu. Its tropical and tangy flavor is what made this pie famous and earn a spot in this article.

The humble kidney beans originated in India and are now widely consumed across the world. These beans have a gentle but robust flavor that makes them popular among those who enjoy beans of all varieties. Their low cost to import and purchase in local supermarkets, either canned or dried, makes it one of the most accessible and affordable foods on this list. In India, the bean is served in simple dishes with rice. They are a common component of vegetarian dishes in the nation. Kidney beans are lovely in any recipe that might call for black or pinto beans and are a nice change of pace for bean fanatics.

Kimchi is an ancient and revered food in Korea. It’s pickled cabbage with spices, and it is a typical side dish in many Korean meals and recipes. Koreans treat Kimchi in the same way that Europeans treat wine, as some kimchis are aged hundreds of years, and some brands and specialty kimchis are only available in certain parts of Korea. Kimchi has many probiotics, like yogurt, which can promote digestive health and maintain regularity. Kimchi’s popularity extends beyond Korea, and many produce sections in supermarkets worldwide offer it.

The succulent and sought-after king crab is a delicacy worldwide and adored for its refreshing and creamy taste. As with most seafood, king crabs are best enjoyed close to the ocean, where they maintain their fresh taste the closer to the sea they are. Those concerned about eating sustainable seafood may also ask to eat the crab’s claws or legs, as both can regenerate after a specific time. King crab is a standard fare in seafood restaurants or supermarkets and fisher’s markets close to the ocean.

The kingfish, or king mackerel, is a large species of fish native to the Atlantic Ocean. The kingfish is a common catch for commercial fisheries and sport fishing, as the large size of the fish makes it sought after for eating and trophy hunting. Kingfish can be grilled, baked, smoked, fried, or prepared like any other fatty fish. It is available all across North America but is more plentiful on the west coast.

The Kiwi fruit is named after the round Kiwi bird of New Zealand. The round shape of the bird’s body is similar to the brown skin of the fruit. Kiwis are widespread worldwide and are enjoyed fresh in salads, shakes, desserts, and cocktails. The fruit has a tangy, sour, and sweet taste that complements the juices within. The Kiwi fruit is available in most supermarket produce sections and is an excellent source of vitamin c. Variations of the kiwi exist, such as the yellow kiwi, which is not only true to its name and yellow inside but has a sweeter profile instead of the sour one in the standard green kiwi.

The knish traces its origins to Jewish cuisine, but it rose to prominence and popularity in New York City in the early 1900s. Not only is this a kosher meal for those with dietary restrictions, but it’s also a perfect dish for those looking to warm up in the winter months. The knish is a filled pastry dish with vegetarian fillings, such as potatoes, beans, spinach, and other delicious foods. Jewish restaurants worldwide serve knishes as appetizers on their menus or as part of entrees in a meal. They’re also simple to create at home due to the dish’s simplicity and the accessibility of the vegetables.

Kohlrabi is one of the few vegetables to call northern Europe home. Its other name, “The German Turnip,” indicates this, as Germany produces many Kohlrabi every year. That said, Kohlrabi is not a turnip and has more in common with kale, brussel sprouts, and collard greens. Many dishes choose to substitute collard greens with Kohlrabi due to their similar taste and texture. Kohlrabi is famous worldwide, as it is a commonly used vegetable in Southeast Asia and the surrounding regions.

Konbu is a typical garnish and snack in Japan, China, and Iceland. All three of these nations grow and harvest konbu as part of their aquaculture, with Japan producing the most considerable amount. Konbu is sea kelp served in many varieties, such as pickled, cooked in stews, dried for snacks, and used for garnishes for dishes. The Japanese consume the most konbu than any other nation globally, and they have the most recipes and variations. Konbu is purchased in Asian markets or served in Japanese restaurants. Fresh konbu is glutinous and chewy but is simple to swallow.

Chinese food lovers rejoice as Kung Pao chicken is in this article. Kung Pao comes from the Sichuan region of China, and it is popular in Western European and North American nations. The simple stir-fry offers breaded chicken cubes, peanuts, shallots, and assorted vegetables. The traditional Sichuan recipe calls for a spicy variation. It may add chili peppers or hot sauces to accentuate the dish’s heat. Kung Pao chicken is also found and prepared without spices outside of Sichuan in China and in the countries that enjoy it.

Kurrat is also known as “Wild Leek” and is available worldwide. A member of the leek family, kurrat is fantastic as a substitute for standard Leeks and is widely accessible for purchase. That said, kurrat leaves, rather than the stem are the main appeal for consumption, but the entire plant is edible. The leaves are a delicacy in the middle-east. Outside of eating, kurrat juices are known repellents of common household pests, such as insects and rodents.

The letter “K” represents many of the most incredible foods our world has to offer. With this article, information regarding some of the best food in the world is here and is waiting to be eaten by adventurous eaters and chefs looking to challenge themselves with new ingredients or dishes. This article does not list all the great foods that start with “K,” as there are always more to discover and enjoy.