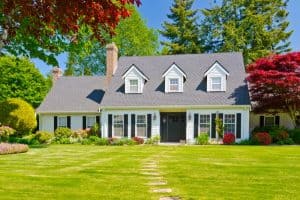 Houses are full of smells. If you have ever said to yourself, “I smell gasoline in my house,” you may have a serious problem.

If your house smells like gas station, you may have a gas leak or some other serious problem that must be dealt with immediately. You should open windows and doors, turn on any fans you have and then try to find the source of the leak and stop it.

If the smell is overwhelming, will not stop, and you cannot find the source, you need to get yourself and anyone else in the house to safety ASAP.

There are a number of reasons a house can take on the smell of gasoline. All of them are concerning, and some can be quite deadly. Of all the flammable fumes that could be in your home, gasoline is among the least likely. Unless you have a leaking can of gasoline in the house or something is dreadfully wrong with the fuel system of your automobile, chances are you have mistaken some other fume for gasoline. Step one is to find a way to stop yourself and others from breathing the fumes.

Open windows, turn on fans, place a wet rag over your nose and mouth, or get out of the house if the smell is thick and overwhelming. Second, try to find the source of the leak and DO NOT USE A LIGHTER OR CREATE SPARKS FOR ANY REASON!

If you keep extra gasoline in the garage, or something is wrong with your car, these are the most likely sources of leaking gasoline. If neither of these is the case, you may be mistaking some other gas for gasoline.

What it Could be Other than Gasoline

It is not unheard of for some people to smell natural gas or propane and say that it smells like gasoline. Natural gas and propane are common fuel sources in homes for heating and cooking. They have a similar molecular structure and they are both quite flammable, of course.

If you have a natural gas or propane-powered furnace in your home, this is the likely source of a smell you feel is similar to gasoline. If you do not have a furnace powered by either of these types of fuel, but you do have a gas-powered stove, check your stove for leaks.

If you do have a leaking stove or furnace, contact your gas company. They will help you to find the primary valve over the phone and send someone out to the property to deal with any potential leaks.

If you have no combustion-powered furnace and have an electric stove, then the source is elsewhere and you must keep searching.

What if it isn’t a Gas Leak?

Propane can sometimes smell like rotten eggs to some people, and some people think the smell of sulfur, which is associated with rotten eggs, also smells like gas. But sewage can also be full of sulfur and smell like gas. What’s more, sewage that smells like sulfur can be hard to get rid of and it can be bad for your health. If you do have a sewage leak, you need to deal with it at your earliest convenience.

If you somehow determine that it isn’t sewage, it isn’t propane or natural gas, and it isn’t gasoline- then you may have gotten a waft of gas from the gas station down the street, your neighbor may have done something untoward, or you may only need to take out the trash.

Hopefully one of these is that case, but if it isn’t then we still have work to do.

How to Deal With a Sewage Leak

If you have sewage leaking under your house, it must be cleaned up and stopped as quickly as possible. The unpleasant smell is the least of your worries. The bacteria that are likely to be spreading in the air is a health hazard to you, your family, and your neighbors. As if all of that isn’t enough, leaking sewage can damage your home with water impregnation and rot that will eat away at walls and supporting structures attracting foul pests and wrecking your home at the same time.

Clearly, quick action is called for.

Your first step should be to cordon off the contaminated area with fencing to prevent children and pets from getting into it. Be sure to use protective gear. Eyewear, gloves, a mask, boots, and coveralls are the minimum.

Then remove the top layer of contaminated earth. Use a shovel to scoop it away and place it into heavy plastic trash bags. Seal the bags and dispose of them in accordance with the instructions from your local municipal authorities.

After that, spread a layer of hydrated lime on the remaining contaminated soil. This will absorb unpleasant odors and help to break down any remaining rotting organic matter. Then till the area well so that the lime is mixed with the soil.

Once all of that is done, you’ll need to make sure that the source of your sewage leak is taken care of. If you have an aged or faulty septic tank, a bad outgoing line, or some other structural problem, then you should call in the professionals to repair the damage.

In some areas, the city may be responsible for the repairs. If you own the property, then the duty or repairs falls to you. No matter who is responsible for the state of the septic tank and plumbing, make sure they get on the job or hire someone to do the work. Unfortunately, these problems do happen from time to time and they must be dealt with.

Waiting until you smell sewage to take care of your septic tank is just asking for trouble. Next time, watch for the signs of trouble before sewage makes its great escape, and know the time-line with which your septic tank needs to be inspected and repaired accordingly.

If you still smell petroleum, there are still a number of potential problems- each one stinkier than the last.

One remote possibility is radon gas. Yes, radon is known for being odorless. That’s part of why it is so dangerous. However, it is possible that someone somewhere may have an unusual olfactory nerve that detects it and registers radon as gasoline. In any event, every home should be tested for radon at least once a year. If detected, radon mitigation measures should be taken immediately.

Another possibility is that you may have a disorder of the organs responsible for taste and smell. The sense of smell does have a subjective element to it. Just as a smell can trigger an old memory, it is possible that a memory can trigger the sensation of smell. Whether psychological or physiological, anyone who has such a disorder should see a specialist and try to have the condition diagnosed. In the worst-case scenario, such a person may fail to detect an odor that is actually dangerous.

The last possibility you should consider is whether or not you are near enough to a gas station or an open well to explain the odor. If so, that’s your problem solved. Many people live within a few blocks of a gas station and occasionally get a whiff of it.

In any event, if you smell unpleasant things regularly, it could be bad for your health, or it could at least be sufficiently bothersome that you should do something about it. Either way, we do not recommend tolerating bad smells. It’s a quality of life issue, and possibly a hindrance to good respiratory health.