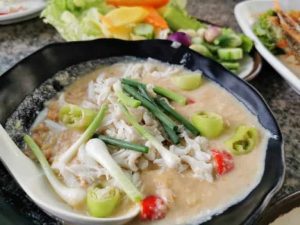 How long to simmer chili? Here’s your answer:

Chili should be simmered on the stovetop for 15 to 20 minutes, stirring often. It is possible to overcook chili, which will affect the consistency and the overall taste.

Continue reading to learn more about simmering chili and some alternative methods to simmer it, as well as some tips to help you not overcook it.

Simmering Chili on the Stovetop

The thought of enjoying a warm bowl of chili is so welcoming in the winter months. The smell of it simmering on the stove will fill your home with a mouthwatering aroma making everyone in the house hungry. There are several different ways to make stovetop chili, but on average, it should take about 15 to 20 minutes to simmer. Just make sure you stir it often.

Here are some benefits to simmering chili:

Whether you plan to make your chili recipe from scratch, use a seasoning packet recipe, or buy premade chili, the time needed to simmer on the stove is relatively the same. The time for simmering begins when all ingredients are in the pot. Set the burner to a low temperature and just let it simmer.

It’s imperative to keep an eye on the simmer time and the ingredients because you can overcook chili. Overcooking chili can cause the tomatoes to turn into a sauce and the beans to become burnt, affecting the chili’s overall consistency and taste.

Essentially, simmering is a way of cooking on the stovetop but is more gentle than boiling. Here are some tips to help you maintain a simmer when cooking your chili:

Once the chili is done simmering, it can be left in the hot pot or placed in a slow cooker for up to six hours. The heat keeps bacteria from growing and allows you to serve chili, with plenty of time to go back for leftovers. If you are not heating the chili and letting it sit at room temperature, it must be put in the refrigerator within two hours.

Leaving foods out at room temperature allows for bacteria to grow rapidly. You must keep it at a temperature higher than 140 degrees F or lower than 40 degrees F to prevent bacterial growth. So, it’s important to get chili in the refrigerator within two hours of removing it from its heat source.

When you’re done eating, store leftover chili in the fridge or freezer, allow chili to cool for 20 minutes before placing it in an airtight glass or plastic container. Hot chili can still be put in the fridge, but it’s best if divided into smaller portions. Cooked chili can be stored in the refrigerator for up to three days or in the freezer for up to three months. If you made a bulk batch of chili, keep what you will eat within the next few days in the refrigerator and freeze the rest.

To reheat chili, cook on the stovetop or in the microwave, bringing it to a boil before simmering. If frozen, let thaw overnight in the refrigerator before reheating. To avoid food-borne illnesses, toss refrigerated chili that is older than four days. It is also best to toss out any chili left out at room temperature for more than two hours.

Mistakes Made When Cooking Chili

In addition to overcooking chili, which can leave the beans mushy and cause the tomatoes to turn into a sauce, many people commonly make a couple of other mistakes when attempting to cook chili. The first is not browning the meat before adding it to the simmering pot slowing down the cooking time and possibly leading to overcooking the chili. The second common mistake is saving the seasonings for the end. Do not wait for this step. Get those seasonings in the simmering pot and let the other ingredients adsorb them.

Simmering Chili in a Slow Cooker

It is possible to simmer chili in a slow cooker. The process is similar to simmering on the stove but allows you not to monitor the burner and keep a close eye on the chili. Though you still need to stir it often, it is not as often as you would need to on the stovetop. To simmer in the slow cooker, place all ingredients and set to low heat and simmer for six to eight hours. Check the tenderness of the beans and the consistency of the tomatoes each time you stir the chili. Once fully cooked, reduce heat to keep warm and enjoy. When done eating, turn off the slow cooker and place chili in food storage containers to put in the refrigerator.

Cooking Chili in an Oven

Another way to make chili is to bake it in the oven. To do this, prepare chili as desired, and place it in an 8-quart Dutch oven. Cover and bake at 350 degrees F for about one hour. Then reduce heat to 325 degrees F for about four to five hours, stirring every 30 minutes until beans are tender. Once done, remove from the oven, dish out, add toppings and enjoy.